Jean Piaget was a Swiss child development psychologist. His contributions to education are still studied even to this day by college students in the fields of education and psychology.

At the peak of his career, Jean Piaget became the director of the International Bureau of Education for UNESCO. He is known for his Theory of Cognitive Development.

“only education is capable of saving our societies from possible collapse, whether violent, or gradual.”

Jean Piaget’s theory of cognitive development attempts to organize the stages of learning that a child undergoes between birth and adulthood.
Piaget suggested that the development of a child can be divided into four development stages:

Age Group: Starts at birth and ends at around the age of two Age Group: starts when the child learns to speak until around age seven

How does the child learn?
In this stage, the ability to walk and speak allows the child to learn more about his or her environment through playing. Games like pretending and role playing become a common theme among children at this age. 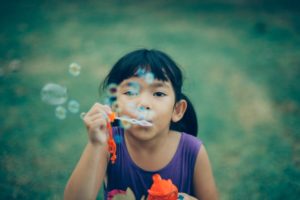 How does the child learn?
Children add more schema from the learning skills learned in previous stages. Fast acquisition of logical skills allows them to learn the basic concepts of subjects like math and logic. 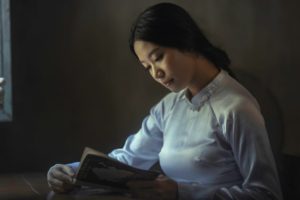 Age Group: From around eleven to sixteen

How does the child learn?
At this stage, the child starts to learn solely through the use of his or her mental faculties. Abstract concepts like applied mathematics, advanced physics and chemistry can now be introduced to gradualy improve abstract thinking.

When studying Piaget’s theory, it is important to remember that it shows the gradual acquisition of understanding, knowledge and skills from birth until the child reaches young adulthood. For example, at the sensorimotor stage, the child only learns through short movements and through his or her senses. During the preoperational stage, these learning skills are still present. They do add more skills on top of those to enhance their learning experience.

The child learns through the use of prior knowledge learned from previous stages to gain more understanding. The learning basically happens through a combination of cause and effect and trial and error methods. A child starts to learn by using his or her movements and senses to act on object around them. They learn that certain actions will have corresponding reactions. Through continuous experience and manipulations of their environment, they learn which reactions are constant and which are not. The child uses cause and effect relationship with future experiences to learn new concepts.

Example:
Anton, a 8-year old boy, saw from his mother that putting powdered juice on a glass of water will make the powder “disappear” and make the water sweet and fruity.

Anton tries the same action on his own and achieved the same results. He learned that putting powdered substances on the water will make the powder disappear.

His mind can now start to classify the different types of powders that dissolve in water.

In this example the Anton’s learning is obvious. It happens sequentially and deliberately as Anton tries out different experiments. In the real world, children learn gradually by trying out ideas, through observation and sometimes, by accident.

This review notes will help me a lot. I can study and refresh on notes and questions ahead

Thanks for the information, i am bookmarking it for future updates. So yesterday, I passed through this post in my Facebook feeds. This was shared to one LET Review group. For most of you, this must be a simple problem but I was surprised by how Read more… We will be releasing a series of LET review posts to help you prepare for the March 2021 exam. If you are reviewing right now, just follow our Facebook page for future updates. Business math Read more…

11 Rules on How to Answer Multiple Choice LET Questions

The Licensure Exam for Teachers is one of the most important multiple-choice exams that you will take in your life. Your chances of passing the exam will depend, not only in your mastery of the Read more…