How do we learn?

To this day, psychologists, educators and sociologists have different answers to this question.

The answer? It depends on who you ask.

In this article, we discuss the different behavioral theories we use in creating learning experiences for our future students. We hope this article helps you in studying for the LET.

The learning theory of Classical Conditioning is mostly credited to Ivan Pavlov. In this type of conditioning, reflexes and similar behaviors become responses to antecedent stimuli. Pavlov illustrated this theory in his experiment using dogs. 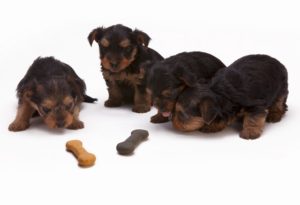 In his experiment, Pavlov conditioned the dogs by controlling the variables that came with food. The food for the dogs was always delivered by the same person wearing white laboratory gowns. He also included a bell during meal times.

By always including this variable with the delivery of the food, the dogs came to associate the arrival of the food with them. Pavlov observed that the dogs would salivate whenever the white lab coat or the bell would be introduced even when there is no food that came with them.
Followers of this type of conditioning believe that the same process happens with humans.

The relationship of learning with behaviors and outcomes was first observed by Edward Thorndike and his experiments of cats trying to get out of puzzle boxes. 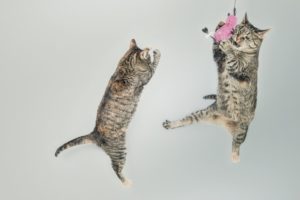 The cat would try different methods to try to escape. Only when the cat pulled a lever will it be able to get out of the box and get the food. This action will result to a favorable consequence (escaping and getting the food).

As the experiment is repeated (Law of Exercise), it would take the cat shorter periods to pull the lever and escape. The cat would try fewer alternatives and it would go straight for the lever to escape.

Thorndike concluded that learners repeat behaviors that have satisfactory results (rewards). On the other hand, behavior that does not lead to satisfying results are not likely to be repeated. Thorndike would call this the Law of Effect.

Though Thorndike pioneered the study of the changes in behaviors based on the outcomes of learning activities, BF Skinner is usually credited for the Operant Conditioning Theory as we come to know it today.

In Skinner’s experiments, he built on what Thorndike started. Instead on relying the satisfaction of the organism as the motivating factor for learning, Skinner stressed on the need for reinforcement. Skinner illustrated his theories with the Skinner Box or more formally known as Operant Conditioning Chamber. In the operant conditioning chamber, Skinner placed his subjects (rats and pigeons) with levers or disks that the animals can manipulate. When the pigeon presses the disk or when the rat pulls on the lever, their behavior is reinforced by rewarding them with food.

With this experiment, BF Skinner concluded that reinforcement (food) can be used to control the behavior (pulling of the lever or pressing of the disk) of the organism.

In education, Skinner stressed that reinforcement can be classified as follows:

The Bobo Doll Experiment
In this experiment, Bandura, his colleagues and students observed the behavior of children after watching adults (models) act aggressively towards a Bobo Doll.

Watch Albert Bandura talk about the experiment in this video: